Cast of “Heathers: The Musical” – PHOTOS BY PAMELA RAITH

On the heels of his West End debut in the 2021 revival of “Heathers: The Musical” at the Theater Royal Haymarket, local Filipino comedian Joaquin Pedro Valdes continues to reserve one coveted role after another, demonstrating that his searing streak which started in “Miss Saigon”, “The King and I” and “Fanny and Stella” was no accident.

Joaquin’s latest achievement is “Vanara,” a loud-dancing “Avatar” musical about two tribes on an alternate Earth risking their lives and members as they fight for fire to survive.

The production, whose iteration of the 2018 workshop was crowned by Eva Noblezada (of “Miss Saigon” and “Yellow Rose”), will finally make its world premiere at the Hackney Empire in London from October 22 to 30. Along with Joaquin (as Rooh), the cast also includes Matthew Croke (Mohr), Emily Bautista (Ayla), Glenn Carter (Tahl) and Johnny Fiori (Oroznah).

“The story takes place in an alternate universe and unfolds like a science fiction epic that mixes contemporary dance and magnificent music, and we are all in loincloth! Joaqs told us about it on Zoom last Tuesday. “I was watching the workshops and listening to the concept album, but what really struck me the most about ‘Vanara’ was its beautiful music. It’s so satisfying to sing! You can check out the songs, starring Eva Noblezada and Rob Houchen (who played Marius in ‘Les Misérables’), on Spotify.

“It’s a cross between Schoenberg, ‘Les Misérables’, ‘Miss Saigon’ and Disney. The composer is Italian and the score is as grandiose as it is cinematographic. I will be rehearsing with the cast for three weeks starting September 27.

Urged to say something more about the story of ‘Vanara’ and her role in it, Joaquin said, “There are different tribes in this world. My character, Rooh, is from a tribe called the Kogalisk, led by a matriarch. All other groups have different areas of expertise, but the Kogalisk are the only tribe that can produce fire. And through the generations, they must protect this gift.

“My character is engaged to Ayla, the main character, who will be the next leader of the Kogalisks. But, as with stories involving arranged marriages, Ayla then falls in love with a man named Mohr, who is from another tribe. New tensions and inter-tribal wars ensue when Ayla offers fire to Mohr. This is the general premise.

“For the last three years or so, they worked on the musical and then released the concept album. Its world premiere next month will be a fully staged production with orchestra, which I’m so excited about. And this is not the usual musical theater production because this one is also very dance. It has two directors (Adam Lenson and Eleesha Drennan).

“It’s quite ambitious because the score is very difficult, so they need amazing singers as the lead, supported by exceptional dancers on the whole. It’s nice to step into something brand new and be able to see how all of those pieces would fit together. And it’s doubly exciting to be the source of something. 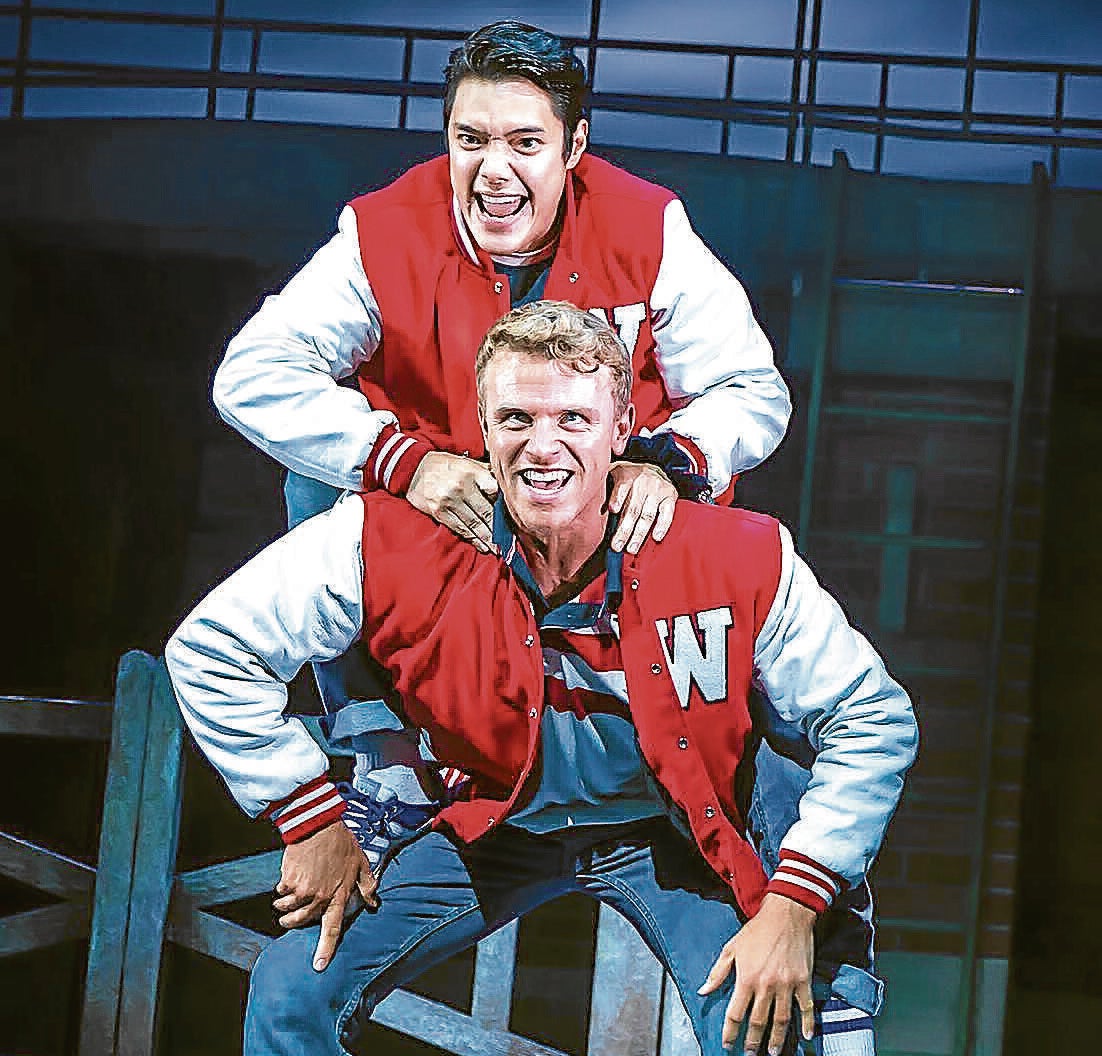 Our Q&A with Joaquin:

Weren’t you supposed to star in a pantomime production of “Aladdin” over the Christmas holidays?

I was supposed to do “Aladdin, the panto, but my agent said,” I’ll put you on an ‘improvement’ (a clause in a contract in which the recipient has the option of doing a ‘better’ project than expected to. origin). The British panto is basically a children’s theater that is staged every Christmas.

These shows are huge and high profile – nagpapasiklaban ang mga ‘yan. The race may be short… only three weeks… but pays well. The improvement clause in the contract allows me to say yes to the project, but if something better comes along, they’ll release me. And something did, although I’m not free to talk about it yet.

How was your first experience in the West End?

Wow, I don’t even know where to start. Unang-una, “Heathers” wasn’t just my first West End production, it was my first show after all this global pandemic. So all of a sudden that made it more important. Not only was this my first show right after the UK blockade series, but it was also the first production to open at full capacity.

“Heathers” was scheduled to open on June 21, which was the “magic date” when all restrictions were to be lifted. So we were rehearsing around June 21. We had a 10 day rehearsal process, which wasn’t easy as only one of our cast members had done it three years ago. It wasn’t an easy show to do as it required full choreography with wall-to-wall music, including powerful ballads with full backing vocals – and we had to learn all of this in just 10 days! We didn’t have time to breathe.

More than that, we’ve also had to deal with the whole ‘ping-demie’ situation in the UK, where you can be warned and advised – ‘pinged’ – by the NHS COVID-19 app on your phone to isolate you, even if you are negative, for a while if the app “identifies” that you have been in close contact with someone who tested positive! If a company member is “pinged” it wreaks havoc in the entire rehearsal process.

There were 18 cast members and a solid group of six, and then there’s the tech crew and behind the scenes as well. We didn’t have swings so everyone on the whole was covering a lead role. We were thrown at every conceivable challenge. Considering the things we had to go through, you can imagine how moving our final performances were.

It was so poetic on the last day. There was a crowd of fans right by the hallway, and every time a cast member stepped out there were cheers! I’ve never been on a show like this. What made it even more meaningful is that our stage door at the Theater Royal Haymarket on Suffolk Street is right across from the Philippine Embassy! 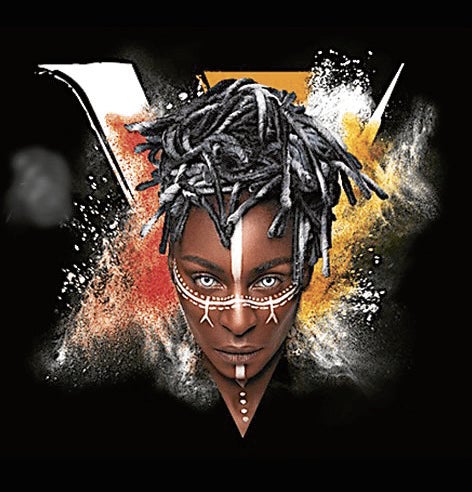 As an artist, you did just about everything when you were in the Philippines. While you were primarily a theater star (“Into the Woods”, “Matilda”), you were also part of a boy group (17:28), a TV host (“100% Pinoy”) , a recording artist (“The Jazzanova Project”), a film actor (“Niño”) and a filmmaker (“Dagim”, “Bulong”). Which of these efforts gives you the most satisfaction?

I always find fulfillment at the end of any process that I put my heart and my mind into. There is always a fulfillment regardless of the medium used, especially if I collaborate with people who are as interested in the process as I am.

Consistently what I find is that I get more of it in theater – my journey as a stage actor has always been at the heart of all of my other iterations. So, as a director or screenwriter, I always come back to my experience as a theater actor. My theatrical training will always be a second skin for me, and that’s really where I find the most challenge.

It has been a journey for you since you did “Miss Saigon”. Could you highlight the things you learned from each of your UK projects, from ‘Saigon’ to ‘The King and I’ to ‘Fanny and Stella’ to ‘Heathers: The Musical’?

“Miss Saigon” was for me my ordeal by fire… my training ground. I was always unsure of my background as a Filipino theater actor and how I would fare on the world stage because although we are talented we really don’t have the proper training. But training is crucial. My colleagues here have had three, four years of drama school training – they’re learning current and up-to-date techniques in dance, song, Shakespeare, and text work. Talent opens the door for you, but it isn’t enough to hold you back. You need to develop your skills – hindi p’wedeng dinadaan mo lang sa ouido, especially if you do seven or eight shows a week. Physical and vocal endurance is just one thing.

“Saigon” was my school for a year – I realized what kind of performer I am and the things I needed to correct or improve, as an actor, as a person and as a husband. I was very, very hard on myself to want to improve. The arc, attention, and adulation never really turned me on – what turned me on was constant growth. “Saigon” also humiliated me. “King and I”, on the other hand, was more about maintaining a certain level of performance. They were all rites of passage for me.

The hottest entertainment news straight to your inbox