From Elvis Presley and Louis Armstrong to Conway Twitty and Joe Cocker, audiences are sure to hear the voices of some of their favorite musical artists from yesterday and today coming from the stage at Mike’s Lasting Impressions show. Walker.

Performing at 2 p.m. every Tuesday, Wednesday and Thursday at the Hamners’ Variety Theater in Branson, Walker made a name for himself in the entertainment world as a singer, impressionist and performer.

“My first artist that I loved and still love is Elvis. I started listening to my mom’s records and was captivated by him. Elvis Presley, Conway Twitty, Marty Robbins and Roy Orbison are the ones who taught me to sing, because I listened to them all the time, ”Walker said. “When you listen to someone, it’s kind of who you model yourself. It’s a bit like Ray Charles with Nat King Cole. If you listen to the music of Nat King Cole, you will hear Ray’s influence.

Walker received his first paid contract as an artist at the age of 5, which led him on a career path he adores.

“My mother was the manager of a retirement home in Columbus, Ohio,” Walker said. “I started when I was young. I started doing Elvis impersonations. My mother made my first outfit with a women’s dress she bought at a thrift store. It had rhinestones on it and all that. She just threw it together and made an outfit. I did my first show at the retirement home. I made the money and she called all the nursing homes within 200 miles and I was booked every night so I started doing it.

When he was about 13, Walker and his family moved to Jackson, Tennessee, which sits almost perfectly between the cities of Memphis and Nashville.

“Jackson is known for rockabilly and Memphis is blues and Nashville is country,” Walker said. “All of this influence is where I am. I love all music. All that, even some opera stuff.

This influence led Walker to form a group, with fellow students and even teachers from his school. Walker said he was inspired to become an Impressionist while performing with his group at a poolside party.

“This really drunk guy walks up to me after I finish my set. He says, ‘Hey, do you know who sang that last song?’ I said, ‘Yes sir.’ He said, ‘Well, you should probably let him sing that one.’ You know a lot of people would be put off by that, but not I. I thought about what he said and he was right. If you hear a band in a club somewhere playing a song and it doesn’t sound like to what you know on the radio, that sounds bad, “Walker said.” I had a few tape recorders and started singing with the numbers I liked and was recording myself singing like them on the ‘other. I kept doing this until I couldn’t tell the difference between them and me. Then I would do it and move on to the next voice. It was a great training tool and I still do.

Thanks to his new vocal abilities, Walker once found himself employed with Elvis Presley Enterprises to do voiceovers for commercials and other projects before receiving his big break.

“I did 149 commercials for Tennessee Tourism as the voice of Elvis. I did a lot of things for them. I did this intermittently for 12 years. Then I got my recording contract with Dreamworks in Nashville and started touring all over the world. I started touring stadiums with Toby Keith and Montgomery Gentry, Keith Urban, Rascal Flatts, Lonestar, Kenny Chesney and Tim McGraw.

In 2001 Walker released his first big hit, “Honey Do,” and thanks to an invitation from Mickey Gilley, Walker found his way to Branson about 15 years ago.

During the show, Walker showcases his vocal talents by singing impressions from artists like The Beatles, Cher, Roy Orbison, Marvin Gaye, ZZ Top, Lynyrd Skynyrd, Willie Nelson and many more. Walker explained what audiences can expect from him when he joins him for a performance of Lasting Impressions.

“You heard the phrase, you won’t believe your eyes. I want them to close their eyes and not be able to believe their ears. I’m not an imitator, I’m an impressionist, so it’s my job to try and sound as close as possible to the act. Different impressionists do different things. They have different techniques. I like to bring in the best part of that person’s voice that’s the most pleasurable for them, for the audience, and to do that throughout the song.

Although difficult to express, Walker said he finds the uniqueness of an artist’s voice and is learning to bring that same unique sound to the stage himself.

“It’s hard to describe because it’s not a sound. It’s a tone. It’s a sensation. A lot of people don’t know why I sing with my eyes closed. I sing with my eyes closed, because I imagine this act in my head and I do what they do in my head, ”Walker said. “I’m doing this because it’s a movie playing in my head about how this guy stands, how he moves. I’ve watched Woodstock a thousand times with Joe Cocker singing. I saw the interviews with him. I’m doing my research. I’m almost like a doctor, because I still practice because I never stop.

As an artist with a 2 p.m. show, Walker said he understands this isn’t the best time slot to have in Branson, but explained why he continues to keep his show in the afternoon.

“Everyone does water activities, theme parks, putt putt and everything on vacation that they do,” Walker said. “I decided to do it because my kids go to school during the day. If I did a night show, I would never get a chance to go out with my kids. I can not do that. My children, they need to know that I am there, that I support them… I want to be available for my children, so I decided to do it. I knew it was going to affect me here, but your kids are only kids once.

On stage during the show, Walker has two large illuminated signs each depicting a lion and the letters “MTH,” which stands for Makin ‘Things Happen. Walker said he keeps them on stage with him to spark some curiosity during the show.

“You sit in the audience and you look at the stage set up and you see these two lions and you think, ‘What is this? Why is it there? Why is this part of the show? Why is it sticking out like a sore thumb? ‘ Then you hit them with at the end of the show, ”Walker said. “It’s really my motto. I think everyone has a responsibility as a human to have some kind of moral compass. We all have some kind of moral compass, at least we try I think. I know, I am trying.

The Hamners Variety Theater is located at 3090 Shepherd of the Hills Expressway in Branson. For more information on Mike Walker’s Lasting Impressions or show ticket information, visit mikewalkermth.com or hamnersunbelievable.com.

Previous Every time I die, save the dates for the end of 2021 tour 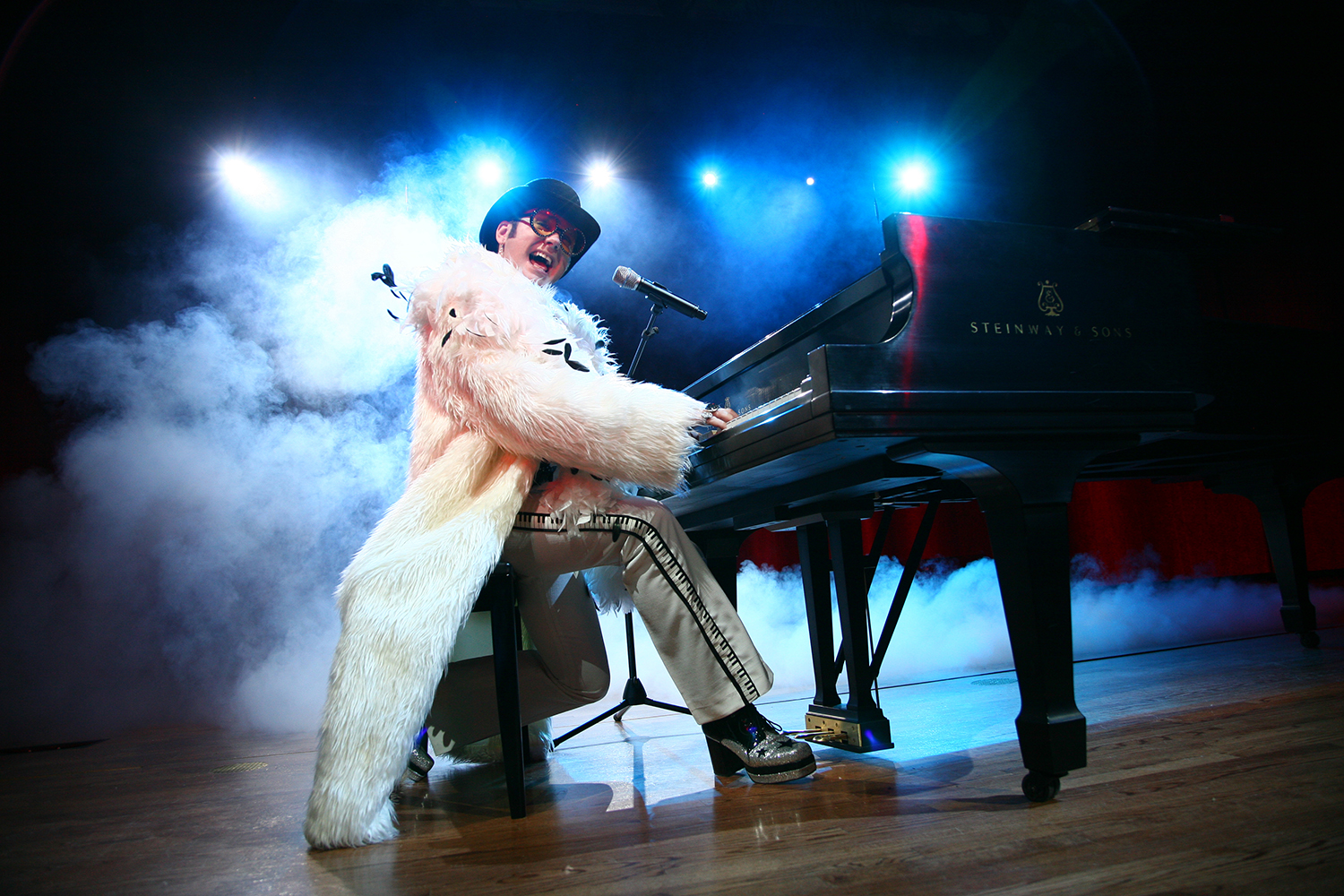