“Never” is the second release from independent artist duo Moxxy Jones’ debut synth-pop album, “Unnoticed”, which will be released on October 21, 2022 in Dolby Atmos.

This is a body of work that emanates from their fearless creative process – a relentless back-and-forth that is unrestrained by ego, genres or the limits of the music industry. Longtime friends from San Francisco – keyboardist Frank and guitarist Milan – share their latest collection of works that showcase the signature style and sound that set this skilled writing and production team apart.

A non-traditional sound that is unexpected yet familiar, modern, energetic yet dark, and has an unlimited sonic range paired with classical elements, catchy melodies/hooks, driven rhythms, juxtaposed lyrics, and layered harmonic underpinnings. Through sound, “Unnoticed”‘s deep dive into exploring the juxtaposed duality of human experience allows fans to ride the vast sonic roller coaster of emotions, sit comfortably in discomfort, see the beauty in rupture and to experience harmony and dissonance at the same time.

After their well-received debut single “Leave the Room,” their follow-up single “Never” continues the release schedule featuring singer/songwriter Trent Park and bassist Uriah Duffy; offering a surprising insight into the band’s wider palette – industrial, R&B, electro-pop, funk, blues, rock – and the darker synth-pop and vaporwave elements of their sound. Unlike their last album, which was described as more upbeat, energetic, danceable, sexy and playful, this track is a contrasting, expansive, emotional, introspective and angst-filled pulsating groove.

“This single best encapsulates the balance of influences we have and provides a starting point from which everything else branches off. Sonically, there was a constant back and forth between clean and dirty. , the traditional and the adventurous, the beautiful and the broken. The mix of different genres and sounds really sets this song apart. There are industrial, R&B, blues and rock elements to the song that all take center stage at some point. to another “, opens Milan.

Frank adds: “Never” combines many textures that we don’t often see put together: industrial synths, funky basses and a harmonic structure that is both simple at times and full of movement at others. I think the ‘ah-‘ A moment came when we figured out how the puzzle fit together – both structurally in terms of the parts of the song (verse, chorus, bridge, breakdown) and the different standout performances (Trent Park on vocals, Uriah Duffy on bass and the very organized production).”

Outside of the clever compositions and sonic range, the relatable, thought-provoking, and loaded narrative provides another hook. Milan elaborates on his process: “For me, song is about never letting anyone tell you who you are, what you are worth or what you are capable of. No one can stop you from fighting to be yourself. mood for the song, I was inspired by a childhood memory of staying up to watch Miami Vice with my dad.

Think late night Miami as the neon lights reflect off the water, cruise on a very expensive speedboat, the wind blows through your hair, the tunes are rolling. The intro credits of this show with Jan Hammer’s visuals and soundtrack left a huge impression. I was trying to recreate the feeling of that intro. Musically, I wanted to mix more traditional organic R&B guitar with the punchy industrial music elements I grew up listening to.

I’m a real fan and the guitar community is currently very focused on vintage/boutique sounds and gear. The track was a great opportunity to lose myself in that aspect without ending up like another roots rock or dated vintage sounding band. That said, I designed an industrial-style drum beat and improvised as many guitar parts as I could find that were the complete opposite of what the beat did. Pretty soon, the lead guitar riff fell into my lap. We then layered the pianos and synths before dropping the guitar parts completely and letting the aux parts take over.

“The Fragile” by Nine Inch Nails had a very big impact on my production goals which I tried to fit into “Never”. The ability to mix organic elements/sounds with really hard sounds and punchy percussion is something I was looking for and I feel like I just started to execute our music well on this track. I spent way too long trying to get the perfect kick and snare, A’/B’ing specific kick and snare hits from my favorite industrial records for hours.

The kick needed to have just the right amount of body and punch while the snare needed to have the right slap but just enough crunch. When we finished “Never” it was like the first step towards where we’re trying to go with Moxxy Jones. I’m still trying to figure out what our music is really about, mixing punchy drums and harsh noises with beautiful clear chords and melodies. It strikes me as a combination of beauty and pain.”

Frank adds, “It was a truly collaborative process, with everyone contributing the key elements that make this song so unique. Milan came up with the main idea for the song, starting with the verse, and really set the mood for the whole song. song with his early productions. I came to help get the harmonic structure for the pre-chorus, chorus, bridge and musical interlude. Trent’s vocals were then layered in and really completed the feel we created with the instruments.

And then Uriah Duffy laid down a bassline that added movement and groove – especially in the backing vocals and the bridge – gave it a whole new dimension. We each have our own personal narrative and interpretation of the song, which makes the music so personal and powerful. For me, the song is about being so close to something that’s everything you wanted, but deliberately not letting it get to you.

In writing the song, I wanted to capture the feeling of longing, grief, sadness, remorse, and even a bit of self-sabotage. Imagine hearing something like George Michael (think ‘Jesus to a Child’ or ‘One More Try’) layered over the pop sensibilities of The Weeknd or even early Prince, but still keeping an underlying groove that borders on the industrial.”

Trent Park agrees, “When I received the music from Moxxy Jones, one of the qualities that stood out to me was the dark curiosity of the music. The chords are open. There was an ambiguity that helped to paint the narrative. With the lyrics, I wanted to convey the sense of choice – the ability to choose your eternity, the opportunity to activate it because you are in control.

If you had a choice, would you choose love or something different? If love was really close, would you want to know or live in the bliss of not knowing? I enjoyed the lyrical vibrancy in the considerations we played with in this songwriting process. What makes this track even more unique is the unconventional change from minor (moody) to major (brighter) in the chorus. Taking all of this into consideration, I focused on a vocal delivery that was more in the lower range, speaking while singing in lower tones to maintain an overall calm, mellow and brooding vibe.

To realize their vision and sound for “Never”, Moxxy Jones teamed up with GRAMMY® acclaimed producer Starita, a collaborator who is no stranger to pushing the boundaries of unique sonic ranges and genre-blending styles. (recognized for his work with Childish Gambino, A Tribe Called Quest, Christian Scott aTunde Adjuah, Third Eye Blind, Madame Gandhi, Rebelution, Los Amigos Invisibles, Michael Franti and Spearhead).

“There’s a lot of push and pull in this song in terms of production. It’s very moody and somewhat aggressive in some parts but then gets intimate and expansive in the choruses. It was all very deliberate and I have to say that ‘took a while to accomplish without it feeling forced. My approach was to really balance the bright/dark, gritty/smooth aspects of the song and also not get in the way of the vocal melody. The synths really had to be perfect to set the mood and mood without filling it all in. Also, the drums had to be very persistent and driving to keep the tension going.

This album and Moxxy Jones’ writing style in general have juxtaposed elements. Even in the song, there are opposing forces of Trent’s soaring melodies with dark production and chords. It’s definitely moody and there seems to be a tension throughout the song that “never” quite resolves. The opposing forces at play make it really special and fun to listen to.

The challenges were trying to make all the opposing elements sound like they were meant to be together and not forced. How can we get gritty but then be beautiful? How can we look tough but smooth? It was one of the biggest challenges. I always love working with Moxxy Jones because it’s a balance between Frank’s approach which is very musical and somewhat technical and theoretical with Milan’s desire to push into somewhat atonal territory and get sounds grittier,” Starita shares.

“Once the last chord of this track is played, we hope listeners won’t wander off. Instead, have a beat, reflect, dream, get away,” Park concludes.

Next Beverly artist has created new string instruments from an abandoned piano, and he's looking for musicians to try them out - Chicago Tribune 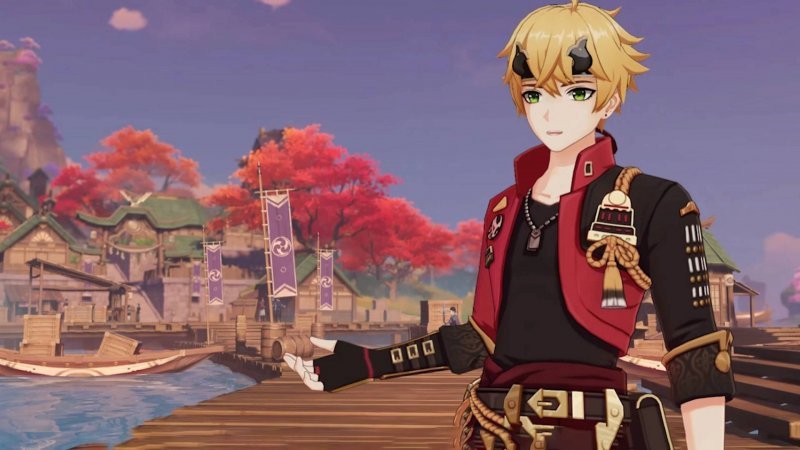