Tazartès started recording his songs in his Paris apartment in his twenties, while working in factories and taking part in the revolutionary activities of 1968; his interests, by this time, had expanded to include avant-garde rock and roll and jazz. But his “break”, so to speak, took place in the mid-1970s in the world of experimental music of French origin, musique concrete. Developed in the 1940s by Pierre Schaefer, concrete music includes “non-musical sounds” – often taken from field recordings, sampled instruments or phonographs, or electronic noise machines – compiled and then modified hand or with technological devices. Detached from conventional harmonies or instrumental timbres, the noises produced were, in Schaeffer’s words, “acousmatic”: “a sound that one hears without seeing what causes it”. Separated from a visible source, each sound achieves a meaning in itself; listeners, unconditioned by visual stimuli, apprehend it as a kind of “concrete” object that merges, on disc as in the world, with other objects.

The perceived dislocation of source sound stems, in part, from the presentation of sound as a commodity: “an elaborate commercial and cultural project”, as researcher Jonathan Sterne writes in The Audible Past: Cultural Origins of Sound Reproduction. To sell phonographs around 1900, Sterne notes, salespeople suggested the device was magical—that it spoke with its own voice rather than that of a human. An attempt to mystify the origins of the product, suggesting that its effects appeared out of nowhere, this logic brought capitalism and colonialism to light in the 19th and early 20th centuries, as their owners violently uprooted sounds, things and people. The quasi-concrete music of Tazartès can signify, even reproduce, this violence, with its penchant for dissonant noise, the rough grain of a tape, the metallic compression of his last digital recordings. At the same time, these material qualities suggest a resistance to mystifying logic, an admission to the listener of the contingency of the recording. (While his albums, by definition, became staples, it should be noted that they never threatened to top the charts.)

In 1976, invited by the future collaborator Michel Chion, Tazartès gave a pivotal concert at the INA-GRM, the main institutional support for concrete music. The event put him on the right track to be a recognized member of the French avant-garde, but his idiosyncrasies often kept him at a distance from these so-called peers. He arrived late at the scene, which emerged at the time of his birth; specifically, his relatively direct use of voice contrasted with the seemingly disembodied sonic manipulations of composers like François Bayle (who was harshly critical of Tazartès’ 1976 INA-GRM performance). But, supported by other personalities like Chion, the work of Tazartès fulfills in its own way the acousmatic promise. Remember the opening track of Diasporas: the difficulty of discerning who is singing, whether the voice is looped or live, whether the melody is western, eastern, not a melody at all – a sound without a source (clear). For Tazartès, we might say, the relationship between sound and source materializes as a continuous process, not as a total rupture. Caught up in the flood of his songs are all sorts of false and recurring departures – origins multiplied both in form and in historical connotation. Voices and sound ephemera emerge from everywhere. The echoes of an Ottoman folk song never last long, nor do they overpower the metallic clanking. Sounds coded for Western ears as pre-modern, i.e. non-Western or religious sounds, seep into a modern and secular soundscape, albeit full of winks and nods vocalized, deliberate extinctions and frustrations. His singing – always multiple, spread over several channels – never quite comes together on tape. The phonic cuts make audible a continuous process of displacement: the voice of the body, the body of the place of recording, the place of recording of the story.

For long periods, Tazartès took care of the pigeons in his Paris apartment. “You don’t have to contain them,” he said electronic beats, “they can be free to come and go as they wish.” Pigeon himself, he comes and goes at will, collaborating with musicians, dancers and theater directors in Europe and Asia to broaden his approach (he has only performed once in the United States). United, in 2016). But Tazartès always ended up where he came from. “I am really French”, he once said, “despite my name of Jew from Salonika”. Like his parents, and unlike many Salonician contemporaries, he resisted the call of Zionism (or a return to Greece), remaining attached to France. Yet he seems to have perceived a kind of dissonance between his longtime home and that of his ancestors. In a separate interview, he noted that he sang in French “rarely – always humorously, like a joke”. He used the language more often on later recordings, but, even then, his French was either spoken in a somewhat distended and mocking tone, as on “Le crapeau”, from Gospel and the rake, or it came borrowed, as on a short album from 2006 which drew its lyrics from Rimbaud and Verlaine. Invested in French modernist traditions, from symbolism to surrealism, Tazartès seems to channel the words of poets as if by automatism, as if they were intrinsic to his personal history, part lived, part imagined. His fractured and singsong delivery both acknowledges the influence of these texts and casts a mischievous and wary ear on their power of interpolation. If he uses French “like a joke”, we imagine here, as in the previous tango, that humor resides in a kind of failure: that French, vector of his assimilation – not to mention the modernist hegemony – would never quite understand the diasporic history that permeated his sound.

Previous Where to watch and read xxxHolic 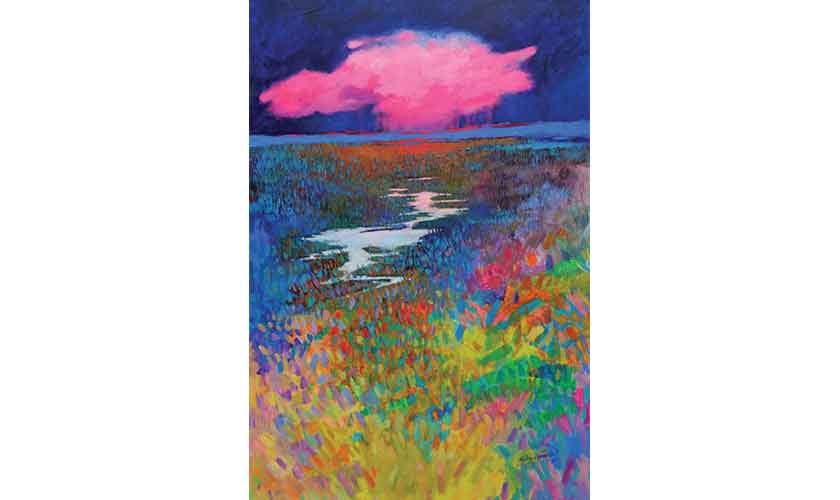